The El Metro Salsero Online Radio Mexico City Metro (Spanish: Metro de la Ciudad de México), officially called Sistema de Transporte Collectives, often shortened to STC, is a rapid transit system that serves the metropolitan area of Mexico City, including some municipalities in Mexico State. It is the second-largest metro system in North America after the New York City Subway. In 2019, the system served 1.655 billion passengers,[2] placing it as the tenth highest ridership in the world.

“THE METRO SALSERO” is a station that features an extensive selection of meringues, Bachata, Salsa, and Typical programming, making it be heard by young people, adults, and seniors. Monday thru Thursday with the best of Tropical Music, On Friday with “the golden years of Merengue” from 5 pm-9 pm and Saturday and Sunday from PURE SALSA. 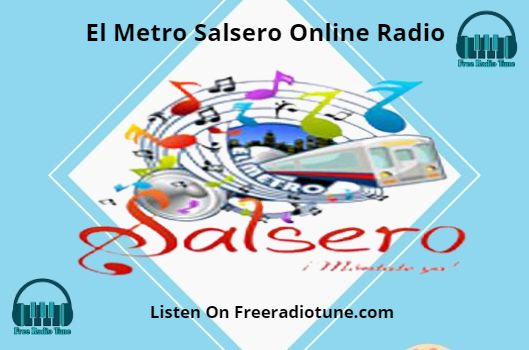