San Francisco in the 1970s was a global hub of culture. It was known worldwide for hippies and radicals. The city was heavily affected by drugs, prostitution and crime. Outcasts and the socially marginalized were attracted by a greater tolerance and acceptance of diverse cultures in the city. It grew as one of world’s biggest centers for the LGBT community and LGBT rights. The rock music known as the San Francisco Sound was performed live and recorded by San Francisco-based rock groups of the mid-1960s to early 1970s. It was associated with the counterculture community in the city at the time. 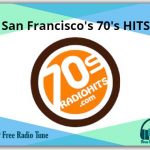