Big B Radio Cpop is one of the most famous online radio station on China. As its a very competitive world and its also pretty though to be a mainstream radio and even more after becoming the mainstream radio its a more tougher job to be in that place. Big B Radio Cpop is doing that job quite brilliantly by keeping balance of their radio programs, advertisement and listeners involvement in their various kinds of programs. 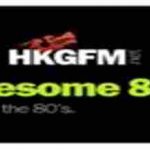