Radio Klitholm live broadcasting from Denmark. Radio Klitholm online station plays popular artists music with various music genres like Variety music around the clock 24 hours live online. It is one of most popular radio station in this country among the people of all ages.

On 2 December 1986, the association “Lokalradio Klitholm” founded. In May 1987, founded a listener association and July 2, 1987 at. 11 were dry run. Kl. 12 the same day that the first broadcast on the airwaves. The goal for the first half year was to get 500 members, but on the first two days reached over 900 members. The basis for a large family was laid. The radio’s positive line, good music and engaging presenters were new in Jutland. It has always been important for the radio to be visible in the local area. Therefore, we have made various events over the years. You always work with new ideas that will keep the radio part, fresh and new.

In 2012 might Radio Klitholm celebrate 25 years on the air in western Jutland and it was marked with great celebration at the Auction Hall in Hvide Sande. After 26 years of radio in “The old cinema” on Nørregade in Hvide Sande, moved the radio in 2013 to new and modern premises in “The former municipal office” in the city. 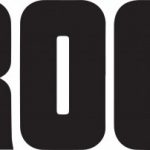