Info: ARL Aquitaine Radio Live is an independent radio commercial category B which emits since 18 August 1984. It broadcasts its own program 24 24.

Its listening area covers the departments of Gironde, Lot-et-Garonne, Tarn and Garonne, with a fairly significant presence in the neighboring departments using five frequencies, giving it a strong position in the axis of the Garonne. His office is located at the Cultural Center of the Carmelites in Langon.

ARL is one of Indés Radios, formerly “The Independent”. Music, News, Sports, Advertising, Proximity … It’s all the activity of ARL, which targets an audience of 24/49 years and more, that is to say an adult contemporary format. The music consists of francophone artists productions (about 55%), international varieties of world music. A special effort is noteworthy for the choice and balance of pieces distributed, primarily golds and play-list rigorously selected. Radio is equipped with an automatic Win Media broadcasting system that does not exclude the presence of animators, journalists and other stakeholders, with 9 full-time employees.

ARL Aquitaine Radio Live performs five daily newspapers local and regional information, and disseminates releases associations and communities during the daytime entertainment. Twenty flashes and three newspapers nationwide information provided by A2PRL. Of course, the ARL program is broadcast live on the Internet www.arlfm.com on the app of Indés Radios and other current media.

Sports side, we must insist on the unwavering commitment of ARL in the local and regional area for over a quarter century, national and now at the highest level, with the full live coverage in situ all matches FC Girondins de Bordeaux, SU Agen ALG and Union Bordeaux Bègles in Top 14. agreements are underway with the Handball and Hockey this year.

Advertising is the only source of income, since ARL Radio Live Aquitaine benefits neither grants nor assistance of any kind whatsoever. National advertising is provided by TF1 Publicité, it is indexed to the hearing through Indés Radios, local advertising is collected internally, with fluctuations and market uncertainties. Yet 82% of the RDA-procurement-makers and 48% AB +, + socio-professional categories.

Nearby is the most important word in the mission that has set ARL Aquitaine Radio Live. The answer is probably in the way chosen for several years: fieldwork, proximity, appointment information, events retransmissions, effective presence from 4 am to midnight, targeted programming … 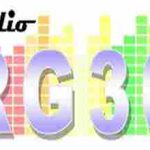