WLR FM lives broadcasting from Ireland. WLR FM broadcasts around the clock from the state of the art studios from both Waterford Location and Dungarvan. WLR FM happens to be Irelands Local Station of the Year 2013. WLR FM has won many awards in the past including. The first WLR, which had been a pirate station, launched on July 23d, 1978 broadcasting from just away from the city. This unlicensed operation was one of the longest-lasting in the united states and continued for just over several years until its closure at the conclusion of 1988 new radio licenses were to be awarded by the actual then IRTC with 1989.

The original WLR Fm, which was a pirate station, launched on 23 June 1978 broadcasting from the garage of Rick Whelan at Killotteran just outside the city. This unlicensed operation was one of the longest-lasting in the country and continued for just over a decade until its closure at the end of 1988 – new radio licenses were to be awarded by the then IRTC (now BCI) in 1989. WLR, with a number of local businessmen on board, formed a consortium to apply for the franchise to broadcast to Waterford city and county. This application had competition from two other applicants, one (Deise Broadcasting Company) involved former pirate ABC Radio and local business people including the Reid family (owners of the well-known ‘Egans’ licensed premises where ABC was based before its closure), and another application (Waterford Radio/WRFM) which was backed by the then Waterford Foods and The Munster Express newspaper. 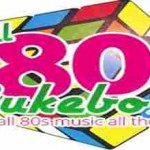 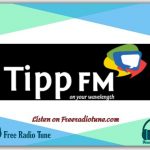