ZIP 103 FM is the radio station that is broadcasting from Jamaica and they are broadcasting top 40, pop, and also alternative music for their listeners. ZIP 103 FM is for the so reason is very popular among its listeners worldwide especially among their countries listeners. Their musical programs have got lots of variation.

Pop music is eclectic, and often borrows elements from other styles such as urban, dance, rock, Latin, and country; nonetheless, there are core elements that define pop music. Identifying factors include generally short to medium-length songs written in a basic format as well as the common employment of repeated choruses, melodic tunes, and hooks. Throughout its development, pop music has absorbed influences from most other genres of popular music. Early pop music drew on the sentimental ballad for its form, gained its use of vocal harmonies from gospel and soul music, instrumentation from jazz, country, and rock music. 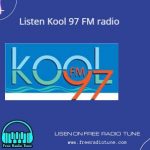