European art music is largely distinguished from many other non-European and popular musical forms by its system of staff notation, in use since about the 16th century. Western staff notation is used by composers to prescribe to the performer the pitches (e.g., melodies, basslines and/or chords), tempo, meter and rhythms for a piece of music. This leaves less room for practices such as improvisation and ad libitum ornamentation, which are frequently heard in non-European art music and in popular music  styles such as jazz and blues. Another difference is that whereas most popular styles lend themselves to the song form, classical music has been noted for its development of highly sophisticated forms of instrumental music such as the concerto, symphony, sonata, and mixed vocal and instrumental styles such as opera which, since they are written down, can attain a high level of complexity. 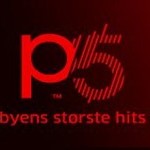