PBC provides a wide range of radio and news services which are broadcast on TV, internet, and radio, outside Pakistan in 10 different languages. PBC’s programs served as a mission purpose to entertain people through cultural music, features, and plays while educating the overseas audience about Pakistan, its culture and government, and the world. PBC programs educate peoples on socioeconomic issues covering “health‚ education‚ environment‚ population welfare‚ agriculture‚ special persons‚ rights of women‚ human rights‚ minorities and media freedom.

At independence, Pakistan possessed three radio stations at Dhaka (established in 1939), Lahore (1937) and Peshawar (1936). A major program of expansion saw new stations opened at Karachi and Rawalpindi in 1948, and a new broadcasting house at Karachi in 1950. This was followed by new stations at Hyderabad (1951), Quetta (1956), the second station at Rawalpindi (1960), and a Receiving Centre at Peshawar (1960).

In 1970, training facilities were opened in Islamabad and a station opened at Multan. A major step was the establishment of the Radio Pakistan World Service on 21 April 1973 for overseas Pakistanis followed by new stations at Khairpur (1974) and Bahawalpur (1975).

The main broadcasting unit of PBC at Islamabad moved to the new National Broadcasting House in 1977 and the service reached the remotest parts of Pakistan with stations at Gilgit (1977) and Skardu (1977) in the far north and Turbat (1981) in the far southwest. From 1981 to 1982 stations and transmitters were also established at Dera Ismail Khan, Khuzdar, and Faisalabad.

Radio Pakistan opened a new broadcasting house in Khairpur on 7 May 1986, followed by relay stations in 1989 at Sibi and Abbottabad. The remoter parts of the country began to receive coverage with new stations opened in the 1990s at Chitral, Loralai, and Zhob. In 1997, the Federal Minister of Information inaugurated the computerization of the PBC news processing system and the availability of the news bulletins on the Internet in text and audio form.FM 101 Channel of PBC was launched on 1st Oct 1998 having stations at Islamabad, Lahore, and Karachi and now this channel has nine stations throughout Pakistan and is the biggest FM Radio network of Pakistan. 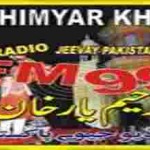 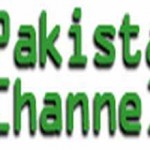