News broadcasting is the medium of broadcasting of various news events and other information via television, radio or internet in the field of broadcast journalism. The content is usually either produced locally in a radio studio or television studio newsroom, or by a broadcast network. It may also include additional material such as sports coverage, weather forecasts, traffic reports, commentaryand other material that the broadcaster feels is relevant to their audience. 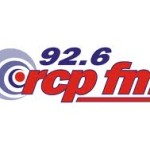