Radio Impuls welcome all of you to the house of entertainment that has been designed to give you the best radio experience no matter wheather you are living in Cluj-Napoca, Romania or anywhere else in the world. With songs from the popular music artists of Cluj-Napoca, Romania and from the whole world Radio Impuls is all set to take you to a musical world where you are gonna come again and again. Radio Impuls broadcasting Electronic and Dance, Top 40, Pop. So be with Radio Impuls and get entertained 24/7. 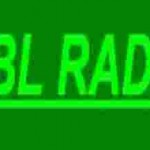