Radio Sur Adeje is a local radio station located in Adeje, Tenerife (Canary Islands, Spain). It began broadcasting on 10 December 1997. As a public broadcaster fulfills its social work from the beginning covering all the concerns of the groups in the municipality. Its programming thrives on information, music and magazine content 24 hours a day. It has also become a school during his career for people who want to meet for the first time the world of radio. 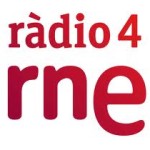