Biggles FM lives broadcasting from the UK. Biggles FM is a volunteer running radio for greater communication through online radio medium. Biggles FM loves to ensure its listeners that this is a radio that doesn’t care about advertisement as it’s a nonprofit radio where listeners can get greater programs on entertainment and music.

The UK is also home to world-renowned symphonic orchestras and choruses such as the BBC Symphony Orchestra and the London Symphony Chorus. Notable conductors include Sir Simon Rattle, John Barbirolli, and Sir Malcolm Sargent. Some of the notable film score composers include John Barry, Clint Mansell, Mike Oldfield, John Powell, Craig Armstrong, David Arnold, John Murphy, Monty Norman, and Harry Gregson-Williams. George Frideric Handel became a naturalized British citizen and wrote the British coronation anthem, while some of his best works, such as Messiah, were written in the English language.[473][474] Andrew Lloyd Webber is a prolific composer of musical theatre. His works have dominated London’s West End since the late 20th century and have also been a commercial success worldwide.

The Beatles have international sales of over one billion units and are the biggest-selling and most influential band in the history of popular music. Other prominent British contributors to have influenced popular music over the last 50 years include; The Rolling Stones, Led Zeppelin, Pink Floyd, Queen, the Bee Gees, and Elton John, all of whom have worldwide record sales of 200 million or more.

BigglesFM is an OFCOM regulated, not-for-profit, Community Radio Station broadcasting to Biggleswade, Sandy, Potton, and the surrounding area on 104.8FM 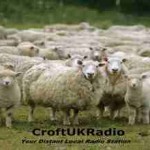