WBAL (1090 kHz) is a commercial AM radio station licensed to Baltimore, Maryland and owned by the broadcasting division of Hearst Communications. Airing a News/Talk radio format.

WBAL Radio (1090 AM) is Maryland’s dominant and most powerful radio station. Since 1925, generations of Marylanders have turned to WBAL Radio for news, weather, thought-provoking discussions and sports.

As Maryland’s only 50,000-watt AM station, WBAL’s signal travels substantially further than any other station in the state and beyond.

The station’s news/talk format is both a source of information and entertainment. WBAL Radio also employs the largest news staff of any radio station in the state, providing in-depth reports on local and regional issues. WBAL Radio is also the flagship radio station for Baltimore Ravens football.

WBAL broadcasts on a Class A clear-channel frequency, with 50,000 watts from a transmitter facility in Randallstown, Maryland. Listeners in and around Baltimore can also hear the station on FM translator station W268BA at 101.5 MHz.

The station shares its studios and offices with sister stations WBAL-TV (channel 11) and WIYY (97.9 FM) on Television Hill in Baltimore’s Woodberry neighbourhood. WBAL and WIYY are the only two radio stations owned by Hearst, which is primarily a publishing and television company, also co-owned with the television station; they are also part of a triopoly. 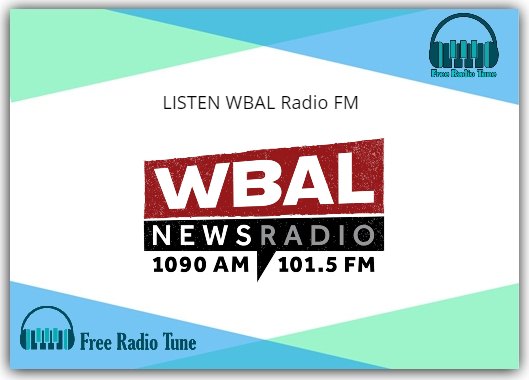 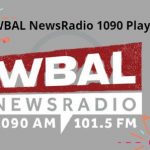 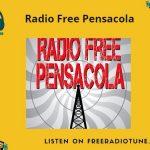 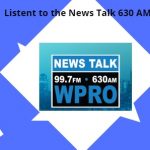 Listent to the News Talk 630 AM Radio