Canada Mix has been broadcasting live as one of the popular radio station in Canada. As Canada Mix is a community-driven music initiative, where the Station’s library, song selection, and play frequency is directly influenced by the listeners themselves, through the act of Rating Songs, Requesting Songs, and Suggesting Songs, as well as voting on surveys and polls that affect the Station’s programming & Format. They also have programs for ethnic communities (German, Welsh, Irish and Spanish), Aboriginal programs, religious programs, sport, local news and interviews etc. 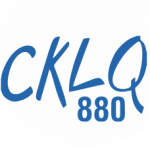