DR P1 (full name: Danmarks Radio Program 1; referred to in Denmark simply as P1 is the first of the four national radio networks operated by the Danish public broadcaster DR. It is broadcast on FM radio, DAB, and Internet radio.

The station was established in 1925 with the start of operations of Danmarks Radio (DR). P1 has evolved into a pure voice channel with a focus on news, documentaries, political debates, education, general cultural, scientific and social programming. Since 1931 the station had its own identifying logo called Drømte mig en drøm i nat which has been modernized several times since, most recently by Thomas Blachman in 2010.

Station launched its 24-hour non-stop round the clock programming in early 2003, whereas earlier it rebroadcast DR P3 programming from midnight until 6 a.m. DR P1 is available on FM, DAB and internet. DR denotes the channel itself as “thought-provoking radio” but the station’s programs and hosts are often the subject of public discussion and the hosts criticized for their left-wing bias. The channel has 700,000 listeners weekly, making it Denmark’s fourth most listened to station. However the average age of listeners is relatively high with younger audiences preferring more popular channels. DR P1 is headed by Anders Kinch-Jensen. 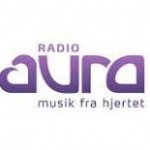 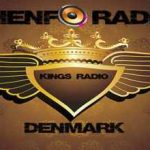