Info: On a resolutely optimistic tone, ATOMIC RADIO accompanies you throughout the day in a good mood!
Monday to Friday from 6am to 10am, find Fred ‘for The Morning ATOMIC RADIO! Unusual news, celebrities, TV programs and dynamism of Fred ‘you will start the day off right!

10H to 14H, Vivian gives you the latest information of the world shifted, musical or cultural information. 17H to 21H, find Cedric! With all good plans, you’ll know where to party!

ATOMIC RADIO is the local radio Hautes-Pyrénées most listened to on a day on the internet. She daily brings together several thousand people (source Xiti and Shoutcast). High-Pyrenean listeners but also neighboring departments. Thanks to the Internet, and its presence via the application iPhone , ATOMIC RADIO can also be received all over France and around the world.
According to a survey of RPNS more hearers ATOMIC RADIO performs more than promising figures and is steadily increasing its audience, it stood at over 6,000 listeners daily.
The playing time also greatly exceeds the average listening time for music stations. (1:45 against an average of 50 minutes).
Its population base makes it a true regional radio interested in everyday listener. (Over 500,000 pot listeners.) See Announcement Board. Furthermore, we are with you to establish an effective communication plan at the best price. We can also consider coupling solutions on other media such as the Internet. 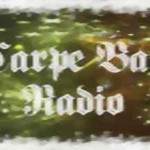