Times FM 90.6 MHZ is one of the most famous online radio station in Nepal. Times FM 90.6 MHZ is one of the leading FM stations in Kathmandu Valley operated by Valley FM Pvt. Ltd. located at Chabahil Ganesthan, Kathmandu at the Height of 1368 meter which is comparatively higher than other stations. TIMES FM 90.6 MHz is inclined towards the variety and diversified FM program production. It generally produces the program which is currently in demand by the FM listeners through the wide concept of programming. TIMES FM 90.6 MHz possesses the resources and all the credentials to respond to its listener’s need. 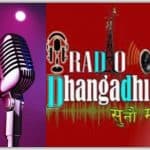