247 House DJs live broadcasting from UK. 247 House DJs plays house music 24 hours a day and that non stop to entertain their listeners with the best possible house DJ music. All the kinds of popular house music that are trending among the listeners of this musical genre are played with top most care and priority for the pleasant entertainment.

A disc jockey (abbreviated DJ, D.J. or deejay) is a person who plays a mix of recorded music for an audience, either a radio or television audience if the mix is broadcast over the airwaves or via another medium (e.g., cable television or Internet) or the audience in a venue such as a bar, nightclub or dance club. In venues such as a club or rave, this is typically an audience who dance to the music, which is played through asound reinforcement system. In some expensive lounges and restaurants, there may be a DJ, but the audience listens to the music, without dancing. Originally, “disc” (uncommonly spelled “disque” in French or commonly “disk” in American English) referred to phonograph records, not the later compact discs. In the 2010s, the term includes all forms of music playback, no matter which medium is used (e.g. vinyl records, CDs, or digital audio players such asMP3 players).

House music is a genre of electronic dance music that originated in Chicago in the early 1980s. It was initially popularized in Chicago, circa 1984. House music quickly spread to other American cities such as Detroit, New York City, and Newark – all of which developed their own regional scenes. In the mid-to-late 1980s, house music became popular in Europe as well as major cities in South America, and Australia. Early house music commercial success in Europe saw songs such as “Pump Up The Volume” byMARRS (1987), “House Nation” by House Master Boyz and the Rude Boy of House (1987), “Theme from S’Express” by S’Express(1988) and “Doctorin’ the House” by Coldcut (1988) in the pop charts. Since the early to mid-1990s, house music has been infused in mainstream pop and dance music worldwide. 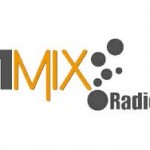