BBC Radio 2 is one of the BBC’s national radio stations and the most popular station in the United Kingdom. Much of its daytimeplaylist-based programming is best described as adult contemporary or AOR, although the station is also noted for its specialist broadcasting of other musical genres. Radio 2 broadcasts throughout the UK on FM between 88.1 and 90.2 MHz from studios inWestern House, adjacent to Broadcasting House in central London. Programmes are relayed on digital radio via DAB, Sky, Cable TV, IPTV, Freeview, Freesat and the Internet.

The station’s audience is now mainly adults over the age of 35 (82% of listeners) although in recent years it has attracted more younger listeners. Its daytime playlist features music from the 1960s to various current chart hits, album and indie music. The station’s appeal is broad and deep, with accessible daytime programmes and specialist programmes of particular types or eras of music. In 2009, Radio 2 again won the Music Week Award for National Radio Station of the Year, an award it has won for several consecutive years 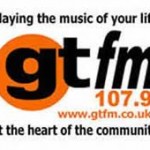 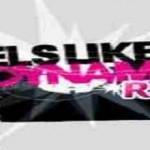